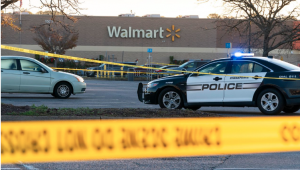 According to several confirmed news reports, the manager of a Walmart Supercenter in Chesapeake, Virginia opened fire in the break room, killing six co-workers and serious wounding four others. The gunman committed suicide after the deadly shooting and was found dead by the police when they arrived.

No official motive has been determined, but it was confirmed that the shooter was a disgruntled employee.

Walmart employee Briana Tyler spoke to Good Morning America after the tragedy, saying, “I looked up, and my manager just opened the door and he just opened fire. He didn’t say a word, he didn’t say anything at all.”