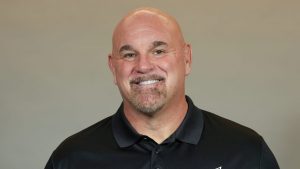 The Arizona Cardinals have fired their offensive line coach and running game coordinator Sean Kugler. According to ESPN, Kugler was fired after he groped a woman in Mexico City over the weekend while the team was there to play the San Francisco 49ers.

The incident happened on Sunday night, and Mexican authorities alerted the team. Kugler was terminated overnight and sent back to Arizona before the Monday Night Football game.

ESPN notes Kugler is the second Cardinals assistant coach to receive accusations of assaulting a woman this year, following former running backs coach James Saxon. Saxon turned himself into Indiana authorities for assaulting a woman in his home in May. He was placed on administrative leave in August before resigning in October.