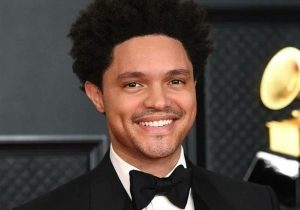 Trevor Noah will take center stage as moderator and emcee for “Black Theater Night” on Tuesday, Nov. 29. The Daily Show host is set to curate the celebration of the Tony-winning musical, A Strange Loop, written and composed by Michael R. Jackson. Joining Jackson is the cast of “A Strange Loop” as well as choreographer Raja Feather Kelly.

Audiences have eight weeks left to see the Blackest and Queerest show to ever hit Broadway. A Strange Loop will have its final performance on January 15.