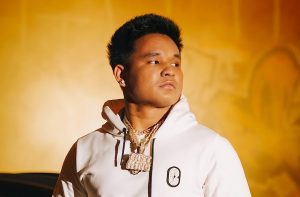 Thai refugee rapper  Star2 is making a bold mark with his latest release “Up” featuring a dynamic team of rappers including Mozzy , HoodTrophy Bino, and $tupid Young.

The Bay Area native shares a new visual to accompany “Up”  that delivers a nostalgic ode to Los Angeles.  Star2’s creatives, shot by Touch Films, chronicle the unique gang détente and solidarity between known sets that have existed for several decades.

The song and music video were finished in half a day, Star2 recalls – Mozzy began a one-year and one-day federal gun charge sentence at Atwater Federal Penitentiary in Merced, California a few days after the shoot. “Free Mozzy!!” Bino, Star2, and $tupid Young shout in unison when asked about the song.

Like S.O.D.M.G. signee, HoodTrophy Bino, Star2 is also a friend and collaborator of Soulja Boy. On his previous single “New Me”, Star2 brought together Luh Kel and Soulja Boy for an explosive rap performance.

“Up” represents the struggles that everyone has overcome. Watch and stream “Up” available now.

The post Star2 Links with Mozzy, Hoodtrophy Bino and $tupid Young on “Up” appeared first on The Source.