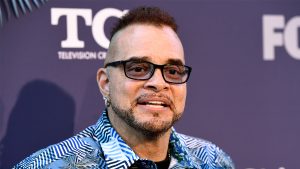 In 2020, Sinbad suffered a major ischemic stroke caused by a blood clot going from his brain to his heart. Surgery was performed, but the day after having the stroke, another blood clot formed. Sinbad underwent surgery again and was transferred to Cedar Sinai Medical Center in Los Angeles, CA, where he underwent another surgery to reduce swelling in his head. During surgery, surgeons discovered a bleed, and was put in a medically induced coma.

Sinbad woke up many weeks later, and while the 66-year-old comedian survived the stroke, it left him severely impaired, causing him to lose the ability to walk.

Recently, a picture was shared of Sinbad learning how to walk, two years after his stroke. On the website The Journey Forward, Sinbad’s family says that despite the remarkable progress that he has achieved since he has started rehab, there is still a long journey to go.

“He continues to receive therapy, fighting for every inch. His progress is nothing short of remarkable,” Sinbad’s family wrote on their website The Journey Forward. “Limbs that were said to be “dead” are coming alive and he’s taking the steps necessary to learn to walk again. In his own words, “I am not done. I will not stop fighting until I can walk across the stage again.” And neither will we.”

After the pictures were released, there was an outpouring of support from friends and other entertainers.

The post Sinbad’s Family Shares New Images Of Legendary Comedian Learning How To Walk Two Years After Suffering From Stroke appeared first on The Source.