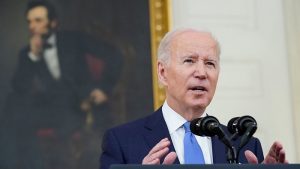 The Biden administration on Tuesday announced it will extend the freeze on federal student
loan payments to June 2023. This is the eighth extension since March 2020.

Secretary Miguel Cardano tweeted Tuesday afternoon that the U.S. Department of
Education is extending the student loan payment pause until there’s a resolution in the
lawsuits against the administration’s student loan relief plan, which could grant up to
$20,000 in forgiveness to millions of borrowers.

“I’m confident that our student debt relief plan is legal. But it’s on hold because Republican
officials want to block it,” President Biden said in a statement.   The pause was initially set to
expire on Dec. 31, after Biden extended it in August around the same time he announced the
student loan forgiveness program. At the time, the White House called that extension “one final
time.” But the administration had also intended for its student loan forgiveness program to
begin canceling up to $20,000 in debt for low- and middle-income borrowers before January.

The program has yet to be implemented as it faces several legal challenges.