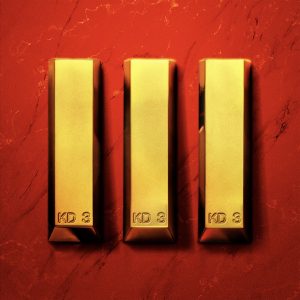 King’s Disease III is out, and Nas and Hit-Boy are running a victory lap on their trilogy.

The new album will make a top 10 debut, behind 30,000 album equivalent units, according to Hits Daily Double.

Nas and Hit-Boy both appear in the Sarah McColgan-directed video for “Michael & Quincy.” Nas and Hit-Boy released this song and accompanying music video as a tribute to the two biggest homies in music, Michael Jackson and Quincy Jones, working without ego and pushing a notion as far as they could. It’s especially appropriate that this tribute appears on King’s Disease III, Nas and Hit-third Boy’s entry in the King’s Disease series, given Michael and Quincy collaborated on three famous albums.

Nas has announced his first-ever show at Madison Square Garden. The event is set for  Friday, Feb. 24. Tickets for the show are currently available via Ticketmaster.

Earlier this month, Nas released his King’s Disease III album, completing a trilogy collaboration with Hit-Boy. Nas won his first-ever GRAMMY Award in 2020 for King’s Disease. He was nominated for both the first and second King’s Disease albums in the Best Rap Album category.