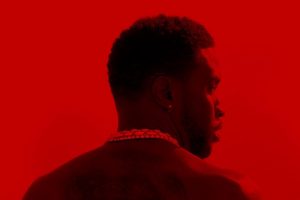 The first single off Diddy’s eagerly awaited new album, “Gotta Move On” was released in June on his LOVE RECORDS imprint in collaboration with Motown Records. The tune opens the door for more music to come; his upcoming album is scheduled for release in early 2023. 95.8+ million streams to date for the song and Teyana “Spike Tey” Taylor’s official music video has had over 13 million views on YouTube.

In addition, Diddy issued a package in October that included three versions of “Gotta Move On,” a song he co-wrote with J-Louis, Teddy Walton, RNSOM, SllimWav, and Roark Bailey. The song’s original version is included in the set along with the Queens Remix and the Kings Remix. The Queens Remix features Ashanti, Yung Miami and Bryson Tiller produced by Ron Browz. The Kings Remix features Fabolous and Tory Lanez, a DJ remix by Cool and Dre, and the original smash-hit single “Gotta Move On” featuring Bryson Tiller.

The post Diddy’s “Gotta Move On” Becomes His 11th No. 1 Hit Single appeared first on The Source.