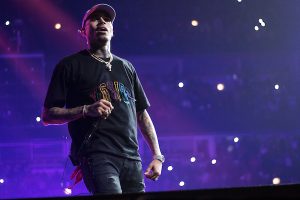 According to Puck’s Matt Belloni, the performance was shut down because executives at ABC, a network owned by Disney, did not like “the prospect of a convicted domestic abuser feting an alleged child molester on a Disney network.”

The domestic abuser is n reference to Brown for the Rihanna incident and Michael Jackson for the alleged child molester, calling back to decades of allegations against the King of Pop.

ABC was reportedly open to Brown performing, just not as a tribute to Jackson. Chris Brown denied the opportunity.

The post Chris Brown’s AMA Performance Canceled Due to a ‘Domestic Abuser’ Honoring ‘An Alleged Child Molester’ appeared first on The Source.