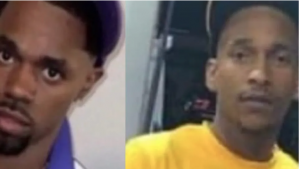 According to several news reports, two men shot and killed one another after an argument Saturday morning in Fargo, North Dakota and it was later discovered the two men knew each other, with one of them being an affiliate of Chicago drill star Lil Durk.

The report states that the shooting occurred on the 1000 block of 15th Street N. around 3:15 AM near North Dakota State University. When the police arrived, they found both men with gunshot wounds, who were later identified as Kierre “KD” Davis and Lil Durk affiliate Lamron Quan.

Neighbors said that they were awakened by an argument between multiple people, but unsure if it was between two men or a man and a woman. One neighbor said that he heard three gunshots. it was confirmed in the police report that the two men knew each other.

TheSource.com will update this story as more details develop.

The post Lil Durk Affiliate Lamron Quan and KD Shoot And Kill Each Other In North Dakota appeared first on The Source.