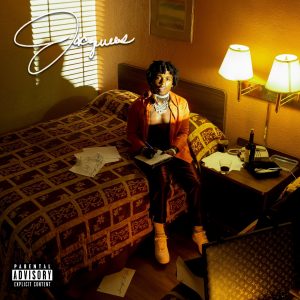 Jacquees is gearing up to unleash his third studio album. On Thursday (Nov. 17), the Georgia singer unveiled on Instagram the cover and tracklist for his next album, Sincerely For You. Slated for release on Dec. 16 through Cash Money Records, the project is executive-produced by Future, who also features on it.

“This is sincerely for you, you, you , you and you and everybody who been there for me along the way,” Jacques wrote on Instagram. “Thank y’all so much , thank you God my family, friends and FANS, MY TEAM and of course @birdman And Slim and the entire @cashmoneyofficial @republicrecords & Everyone who did a song with me for this album…i appreciate that it go a long way with me that’s love forever they tried to count me out.”

After shouting out featured artists and producers, including London On Da Track and Turbo, he added, “This journey has been nothing short of incredible and we got way more to go! Get ready for some Real R&B Let’s Win! – Sincerely Que

This year, Jacquees has dropped singles like “Tipsy,” “Still That,” and “Late Night.”

The 28-year-old artist released his last album, King Of R&B, in 2019 with features from Tory Lanez, Young Thug, Gunna, and Quavo, among others.

The post Jacquees Shares Cover & Tracklist for ‘Sincerely for You’ Album Dropping in December appeared first on The Source.