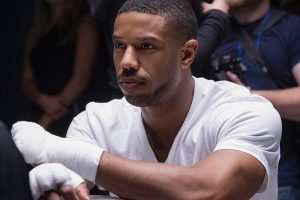 Michael B. Jordan recently appeared at Complex Con in Long Beach, CA this past weekend where he shared some insight on the upcoming Creed III film. During a discussion at the event, Jordan delivered some exciting news about the album for the upcoming movie.

While Jordan shared that Dreamville will be executive producing the film’s corresponding album, he did not share a possible release date for the project.

This film marks Michael B. Jordan’s directorial debut. He will also be starring in the film alongside Tessa Thompson and Jonathan Majors. In a recent interview with Collider Magazine, he shared that while it is “torture” directing a film, it is also fun at the same time.

“It’s torture, but at the same time, it’s so much fun. It was the challenge of accomplishing it all, with the multitasking nature of developing the story, trying to stay in shape, and giving all the departments what they individually needed, to go do their job.”