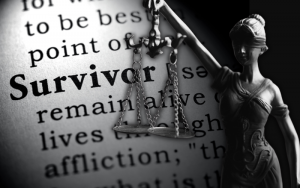 Recent New York legislation now allows sexual abuse victims to sue their abusers, where they previously would have been barred due to time. Governor Kathy Hochul signed the Adult Survivor’s Act yesterday, which allows a one-year “look back” period for victims of sexual assault to bring forth their claim that occurred when they were over 18 and sue their abusers,regardless of how long ago the abuse occurred.

“Today, we take an important step in empowering survivors across New York to use their voices and hold their abusers accountable,” The Governor said. “The fight against sexual assault requires us to recognize the impact of trauma within our justice system. I am proud to sign this legislation, which is part of our collective responsibility to protect one another and create an environment that makes survivors feel safe. While our work is not done, eradicating sexual assault begins with our ability to bring the perpetrators of these heinous acts to justice. This legislation is a historic step forward.” For many survivors, it may take months and even years to come to terms with the trauma of the sexual assault and feel ready to face their abuser.

In 2019, New York extended the statute of limitations to 20 years for adults filing civil lawsuits for a select number of sex crimes. However, that legislation only affected new cases and was not retroactive.

To get the word out, Safe Horizon partnered with well-known survivors like music executive Drew Dixon to launch a PSA.   Ms. Dixon, who says Russell Simmons sexually harassed her repeatedly when she was an executive at his label, Def Jam Recordings, shared her story on the HBO Documentary “On The Record.” She says, “Like so many survivors, I now have this opportunity. But unlike so many survivors, I’ve also had the opportunity to have my story told and vetted at a very high level by rigorous third-party media outlets, which is not available to survivors whose perpetrator isn’t famous. And so, for them, this would be their first opportunity to set the record straight.”

While nothing can serve as a reprieve from having to live with being a victim of sexual assault, the hope is that this new legislation will make it easier for victims to get the justice they deserve.

The post Sexual Assault Victims Can Now “Lookback” Via New Legislation in New York appeared first on The Source.