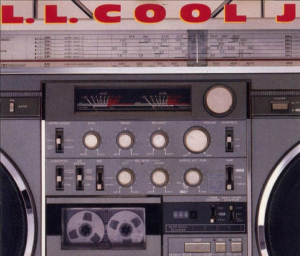 On this date in 1985, James Todd Smith better known as LL Cool J dropped his first full-length LP on Def Jam Records. Primarily produced by Rick Rubin besides “I Need A Beat”, which was produced by DJ Jazzy Jay, Radio was a pivotal LP for not only LL and Def Jam, but for an evolving Hip Hop landscape that had just seen the rapid decline of b-boying and jams in the park. This was also the era in which the crack epidemic hit the streets and all of the major players used LL Cool J as the prototype image of how a hustler is supposed to look.

Songs like “I Can’t Live Without My Radio” and “Rock The Bells” dominated airwaves as well as influenced other artists of that time period with his braggadocios content and virtually forceful delivery. The song that actually got Cool J the deal with Def Jam, “I Need A Beat”, was written and recorded when LL was only 15 years old, making him not only Def Jam’s first solo artist but also their youngest.

Salute to Cool J, Rick Rubin, Russell Simmons, Jazzy Jay, and everyone at Def Jam from that era that helped put together this timeless classic!