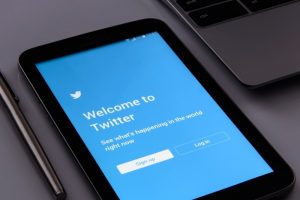 Twitter’s major advertisers have been fleeing the volatile social media platform following its acquisition by Elon Musk and his subsequent mass layoffs, which decimated major portions of the content moderation staff.   Following Musk’s takeover, the platform has seen a massive spike in hate speech, including huge increases in the use of racial slurs that would previously have been banned on Twitter.

Twitter does not have the ability to target advertisements like many other social media platforms and relies heavily on generating ad revenue from brand awareness programs.  However, companies paying Twitter to promote their image do not want their ads running alongside inappropriate content of the sort that has flourished on Twitter since Musk took control.

In response, Musk initially took a combative tone, threatening his own advertising clients with “a thermonuclear name and shame” if they left.  Later, he took a slightly more conciliatory tone, instead blaming “activist groups’ for pressuring advertisers and “destroy[ing] free speech in America.”

Twitter is in a highly tumultuous transition period, and the company’s ability or desire to effectively moderate content in the future is highly uncertain.  At this point, corporate America is waiting to see if and how the platform will stabilize itself and address its numerous issues.

However, several major corporations have already stopped advertising on Twitter.  These include General Motors, Phizer, Mondalez, REI, General Mills, United Airlines, Audi, IPG, and Carlsberg.  Additionally, a consortium of luxury brands including Möet, Hennessey, and Louis Vuitton have stated that they will pull their advertising from Twitter if Musk reinstates Donald Trump’s Twitter account, which he has pledged to do on numerous occasions.

The further difficulty for Twitter is that it controls a very small portion of the digital advertising marketplace, and the portion of their budgets that major corporations spend on Twitter advertising is very small.  Accordingly, it may be easy for these corporations to decide that it’s not worth the hassle of being associated with an incendiary and highly volatile company like Twitter.

The end result is that, while Musk initially touted his takeover of Twitter as a triumph of free, unregulated speech, he is now faced with the reality that Twitter’s advertising revenue will likely dry up unless its content remains sufficiently moderated.

The post The SOURCE LAW: Explosion of Hate Speech on Twitter Sends Major Advertisers Fleeing for the Hills appeared first on The Source.