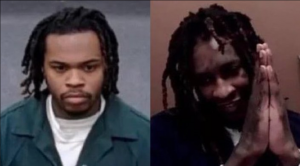 The saga of the Young Slime Life trial has met a turning point, with Young Thug and Gunna appearing in court yesterday(November 17) where the prosecution asked the judge to adjourn the case until March, but the motion was denied.

This denial was a small victory for Young Thug, Gunna and 28 of their cohorts, being that the trial is already set for January 2023.

“Most of these people have no bonds; that is something that weighs heavily on the court in terms of a start date for this trial,” Judge Glanville said. “They deserve to have a right to go to trial.”

The YSL RICO trial is slated to begin January 2023, with jury selection scheduled for January 5th. The trial is expected to last up to nine months.