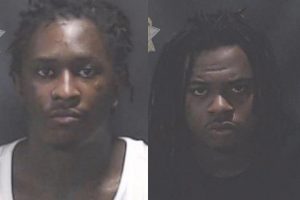 According to the Atlanta Journal-Constitution, Fulton County, GA prosecutors involved in the YSL RICO trial are expected to call “around 300 witnesses” to the stand to testify.

Prosecutor Adriane Love told Judge Ural Glanville on Tuesday that the D.A. office plans to call the 300 witnesses to the stand. “I know from historical trials of this nature, it’s going to take a while,” said Judge Glanville.

News of this comes after Judge Glanville blocked Fulton County District Attorney Fani Willis request to start the trial in March 2023, two months after the original trial date, in order to “protect the rights” of the 28 defendants. The defendants are set to be tried together for the 56-count indictment.

Throughout the pretrial, the topic of witnesses has been brought up numerous times. Prosecutors accused YSL of intimidating witnesses, and one of the main reasons why Young Thug and Gunna were not let out of jail on bond was due to possible witness intimidation. Prosecutors had even filed a motion in July that stated that witnesses were being intimidated and “fear[ed] not only for their own lives but for their families lives should they testify.”

A witness was even placed in protective custody after a document and information about them was leaked online.

The post About 300 Witnesses To Be Called For YSL RICO Trial appeared first on The Source.