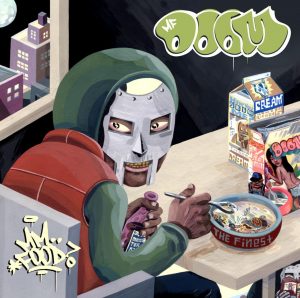 On this date in 2004, MF DOOM dropped his fifth full-length studio release MM..FOOD. Put out on the underground Rhymesayers Entertainment label, some songs from the project were previously released under the name Madvillian on another label. The album featured classic samples from several superhero cartoons including the Fantastic Four, Spiderman and Superman.

The album featured production mainly from DOOM himself, with Count Bass D and Madlib on the help out on just two tracks on the 15 track project. Some of the standout tracks include “Hoe Cakes”, “Guinnesses”, which featured Tennessee born/ATL bred femcee Empress StaHHr and 4ize, and the kaleidoscopic “Fig Leaf Bi-Carbonate.”

Salute to DOOM and everyone involved with this timeless album!