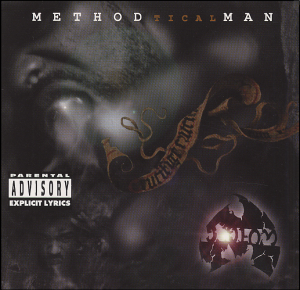 On this day in Hip-Hop history, Method Man released his debut solo LP Tical. Sticking to RZA’s plan on industry domination, Method was the first to roll out his solo LP after the ridiculous success group debut Enter the Wu-Tang (36 Chambers). In the early years of the Wu, Method Man had grown become the public face of the group. His larger than life persona and a multitude of styles won over the hearts and ears of fans after the groups first single “Protect Ya Neck” had “Method Man” on it’s B-side.

Tical delves deeper into the sinister villainous style previewed on 36 Chambers. Method Man creates a dark anti-hero on this album who hungers for the career of wack rappers and perpetrators. It was truly a violent introduction to one of the most outrageous members of the Wu, second only to ODB in theatrical personality.

Considered a “two-man show” by critics, the album was almost entirely produced by RZA. As the Wu’s architect, RZA created specific sounds for each member. Method unique sonic was the most film inspired. Meth continued to build a character likened to the many crime bosses and master villains that starred in his beloved Kung-Fu flicks. Aside from the image, lyrically the album is on another level. Method Man flawlessly juggles synonyms and metaphors with a flow that weaves in and out of the beat to create a hardcore symphony of Shaolin style.

Commercially, the album was a hit and only added on to the cipher of success revolving around the Wu-Tang Clan. The album peaked at #4 on the Billboard 200 and #1 on the Top R&B/Hip-Hop chart selling a million copies within a year of its release. It kick-started a wave of successful solo albums and keep afloat RZA’s five-year plan to becoming the greatest rap group in history.

The post Today in Hip-Hop History: Method Man Dropped His Debut Album ‘Tical’ 28 Years Ago appeared first on The Source.