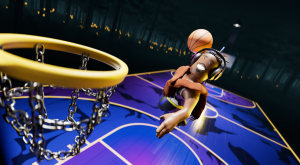 Through a short-lived, immersive event inside the popular Roblox game Dunking Simulator, Beats by Dre (Beats) and Ja Morant are bringing “Dark Mode” to the metaverse.

The concept for “Dark Mode” came from a recent Beats’ campaign, highlighting the mutual admiration between Lil Baby and Ja Morant. Lil Baby wrote “Dark Mode” about the Grizzlies star, which made a debut in the Beats ad. The song and the advertising campaign reference Morant’s basketball philosophy. While many people desire the limelight, he contends that persistently practicing your craft “in the darkness” would eventually enable your work to illuminate itself spontaneously.

Beats has produced an event that will include Ja Morant as a non-playable character in Roblox who will host a number of missions in Dunking Simulator. The experience will include a bespoke “Dark Mode” basketball court that has been completely blacked out, as well as a number of dunking challenges and objectives that unlock expensive in-game goodies like Beats Dark Mode headphones, a chain, and a bear cloak.