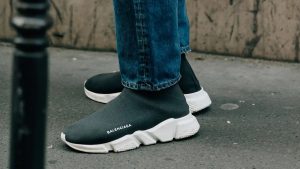 It has been a hectic couple of weeks for Twitter, which Elon Musk acquired for $44 billion. Top executives have been fired, while others resigned. Today, the fashion house Balenciaga has departed from the social media platform. While they have not given a reason, the announcement came following Twitter’s introduction ( and subsequent removal) of paid account verification.

On November 9, the platform launched Twitter Blue, a $7.99/month service allowing anyone and everyone to pay for a verification check mark. Internet trolls quickly began to impersonate companies and send out fake tweets. The company’s stock dropped 2.2 percent due to fake tweets. This, coupled with Musk’s emphasis on free speech, has become a massive concern for companies and brands.

The Paris-based brand declined to comment on the move but confirmed it had removed its page from the platform.