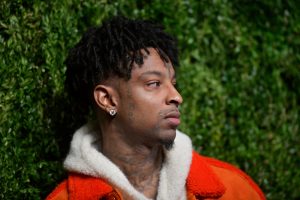 21 Savage recently came under fire from Nas fans over comments he made about the 49-year-old rapper during a Clubhouse debate. He stated that Nas isn’t relevant, but attributes his success in the 21st century to his loyal fanbase.

21 was slammed by many in the hip-hop community for his comments. Even Nas’s little brother and fellow rapper, Jungle, jumped in The Shade Room comments where he defended his older brother. “21 Savage is trash” he wrote. “Glad Nas dropped KD3 so fans can hear real bars. 21 can you do something for me? (laughing emojis).”

After getting torn apart all day on the internet, 21 Savage took to Twitter where he backtracked his statement, saying that he would never disrespect Nas and that his comments were taken out of context.

“I would never disrespect nas or any legend who paved the way for me,” 21 tweeted. “Y’all be tryna take stuff and run with it.”

The post 21 Savage Backtracks On Nas “Irrelevancy” Criticism appeared first on The Source.