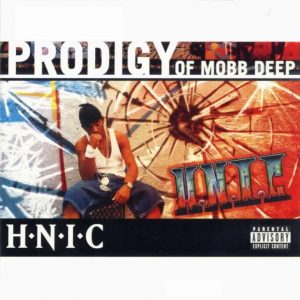 On this day at the turn of the century, Prodigy, the lyrical half of the legendary QB duo Mobb Deep, dropped his debut LP, H.N.I.C., released under the Loud/Violator/Steve Rifkind Co./Infamous Records imprints.

Produced by behind-the-board experts like his partner Havoc, The Alchemist, Rockwilder, and Just Blaze, this album became the first part of the P’s H.N.I.C. (Head Nigga In Charge) trilogy. It also inspired other similar album titles in the 21st century from premiere artists such as Kendrick Lamar (Y.H.N.I.C.) and Wiz Khalifa (O.H.N.I.C.).

Prodigy showed off his versatility on this project, which included love songs(“Trials Of Love”), renewed history tracks (“Infamous Minded”), crew love tracks(“Can’t Complain”, “Dealt With The Bullshit”), and of course, the album-leading, no chorus having “Keep It Thoro”.

Salute to Prodigy in his physical absence, however, his music will forever be etched in Hip Hop History!