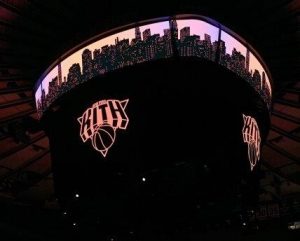 Ronnie Fieg, the creator and CEO of Kith, has been named the New York Knicks’ first-ever Creative Director, the team has announced. In this new position, Fieg will take on more duties in the team and emphasize creating a community around a global brand. He will also lead the team’s creative and create a line of items for the company. The new position was celebrated with Kith night this past Friday.

Fieg, a devoted Knicks supporter, was born and reared in Queens, New York. Since he can remember, he has been a fan of the team and has gone to games with his father. The Knicks and Fieg’s company, Kith, collaborated to design a clothing line in 2020, marking the beginning of their first cooperation. The team’s City Edition uniform was also created for the first time that year by Kith & Fieg. The Knicks and Kith would again work together the following season, both on and off the field. A new court at MSG, a new City Edition Uniform, a renovated playground court in Queens, and a new collection were all part of the 2021 partnership. These partnerships provided the framework for Fieg’s selection as Creative Director.

“The opportunity came about a few seasons into designing the City Edition uniforms and the growing relationship between myself and their marketing team,” said Ronnie Fieg, Kith Founder & CEO. “I think they saw the passion I have for the team and wanted to evolve what we’ve been doing with Kith into something more. Long conversations about what the Knicks mean to the League and to the world helped shape the opportunity to really do some special things.

“I think the immediate work calls for consistency in how you view the Knicks as a brand and help grow that to more of a global identity in the long run. I feel that many people love the team, and it’s going to be my responsibility that they also all love the brand the same way I do.”

“When Ronnie created his first Knicks City Edition Uniform during the 2020-21 season, the organization knew we had something special, and each year’s design has been more innovative than the last. We are honored to have him join the Knicks as Creative Director,” said David Hopkinson, President & CCO, Madison Square Garden Sports Corp. “Ronnie’s position will help provide a distinctive look and feel across marketing, content and merchandise initiatives. Given Ronnie’s life-long Knicks fandom, creative vision, and New York City roots, we are extremely excited for our continued and expanded collaboration.”

The Knicks won Kith night, 121-112, over the Detroit Pistons. Raekwon & Ghostface Killah model for Kith & the New York Knicks below.