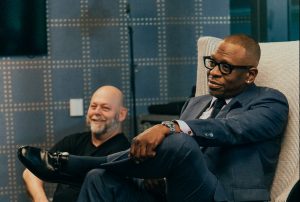 It was good to see Face in great spirits after becoming ill last year prior to his Kidney Transplant. Scarface’s son, Chris Jordan informed the audience about his Kidney Foundation. During the pandemic, Scarface caught Covid-19 which caused him to have kidney failure. His health began to decline at a rapid level which caused him to need a Kidney Transplant. Chris was a perfect match for his father and provided him with a kidney.

As the celebration progressed, some of Scarface’s friends roasted the legend in front of a crowd of over 300 guests. Laughs filled the room as Joe Torry took the stage and talked about the original Geto Boy.