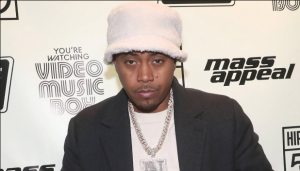 According to a report from TMZ, Nas’ California home was broken into while he was in NYC celebrating the release of the final chapter of his King’s Disease trilogy and reportedly the robbers made off with some very valuable items.

The report states that the robbers broke into Mr. Jones Calabasas home around 8:30 pm on Saturday by smashing the glass on a rear entry door, which was discovered via Ring cam by the Queensbridge king’s team. The team saw the two robbers as they were leaving the premises, which prompted his team to call the police.

When the police arrived, so were the robbers, but not before they made off with at least two bags worth of the legendary rapper’s belongings. The worth of the stolen items has yet to be determined.