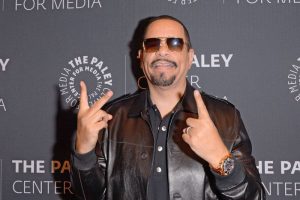 Dave Chappelle hosted SNL for the third time this past Saturday, with Black Star as the musical guest. During the episode, Chappelle introduced a sketch where he parodied the Game Of Thrones prequel House Of Dragons.

“I am the biggest Game of Thrones fan, I love the new show,” Chappelle said “And I gotta tell you, I love that they are including Black characters but, to be honest, the Black characters — they take me out a little bit with the old time accents, it’s a little jarring like where are these people from.”

The sketch included memorable characters from Chappelle Show including Tyrone Biggums, Silky Johnson, and Rick James. Even Donnell Rawlings and Ice-T made appearances during the sketch as well.

After the sketch premiered, Ice-T jokingly took to Twitter to say how he would be canceled for appearing in the sketch with Chappelle, who has been publicly scrutinized over the last few years for his transphobic jokes in his Netflix specials.

“Somebody said they’re gonna CANCEL me after doing SNL with Dave Chappelle.. LOL? These MFs have been trying to Cancel me for over 30yrs!” the legendary rapper wrote.

During his monologue, Chappelle spoke on the recent “cancellations” of Kanye and Kyrie Irving for their antisemitic comments. Chappelle joked that Kanye got dropped by Adidas after saying that he couldn’t and noted that Ye got dropped by a company founded by a Nazi saying that the “student has surpassed the teacher.”

You can check out the full monologue below.

The post Ice-T Says People Want To Cancel Him For Appearing In SNL Sketch With Dave Chappelle appeared first on The Source.