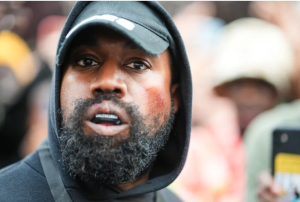 After being in the spotlight alongside NBA star Kyrie Irving for both allegedly having Anti-Semitic points of view, Kanye West lost his billionaire status as his collaborations with companies such as GAP and Adidas were terminated. Now, after almost a month of silence, West declared that he cannot be controlled like some of his celebrity colleagues, such as his old pal Jay-Z, Lebron, Shaq, Meek Mill and a host of other names that he claims are silenced by the powers that be.

West also went on to say that people tend to “go missing” in Hollywood, as he used the examples of Dr. Dre’s son, Bill Cosby’s son, Michael Jordan’s father and his own mother Donda West, to which he says were “sacrifices” used to “traumatize and monetize” Black celebrities who have reached a certain stature in entertainment.

This rant, given from the backseat of his Maybach, is his most provocative diatribes since he was cut off by almost every company he associated with after tweeting that he was going to “go deathcon3 on the Jews.”

The post [WATCH] Kanye West: I Can’t Be Controlled Like Jay-Z, Beyoncé, Lebron And More appeared first on The Source.