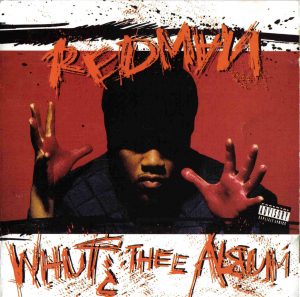 Produced primarily by the legendary EPMD’s Erick Sermon, Whut? introduced the world to Redman; the newest recruit to the supergroup The Hit Squad. The fans wanted more from what they got from the Newark native on “Hardcore” from EPMD’s ‘Business Never Personal’ album, where Redman was first heard by Erick and Parrish fans, making them Redman fans by default.

Tracks the propelled the album’s success include singles such as the visual accompanying “Time 4 Sum Aksion”, “Tonight’s TDa Night”, the weed rolling anthem “How To Roll A Blunt” and the beginning of the ever-evolving saga of “The Sooper man Lover”. This four and a half mic album was certified gold by the RIAA in less than a year and certified official by the streets upon its release.