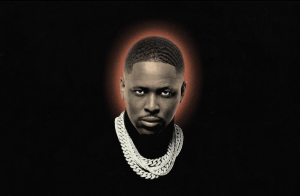 YG is ready to invite you back into his rap world with his new album, I Got Issues. The new album will arrive on September 30, but to raise fan’s interest the tracklist is currently available.

YG was not satisfied with the tracklist being out, citing that it was too early. He hit Twitter with the below message.

The post Nas, J. Cole, Roddy Ricch and More Set to Join YG on New Album ‘I Got Issues’ appeared first on The Source.