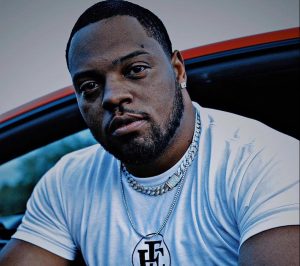 Drawing influence from artists such as 2 Pac, Jay-Z,  and Lil Wayne as well as notable battle rappers Tay Roc, Tsu Surf, and Geechi Gotti, Sir Will says he has no limits when it comes to fusing musical styles.

“I’m from the West Coast, so you will be able to hear that in my slang, the way I talk. I want you to hear the East Coast lyricism, all the way to that South bounce. I want to be able to deliver it from all areas like it’s never been done before.”

“Weight Up” is the third single to be released in 2022 following “Sleeping Giant,” and “Moment of Truth,” which features Arizona rapper, JudgeDaBoss.

Sir Will paints a vivid picture about his lifestyle and views on life with metaphors and double entendres. Watch the hard-hitting single’s accompanying visual directed by Toni Renee below. Will is seen appreciating the beauty, decadence, and finer things in life while celebrating the success of getting his weight up.

“Weight Up” is out now on all streaming platforms.

Check it out now!

The post [WATCH] Sir Will Releases “Weight Up” Video appeared first on The Source.