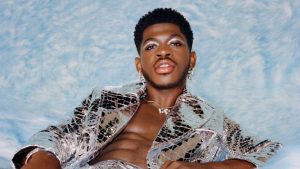 In case you forgot, you can’t out-troll Lil Nas X. The rapper brought his Long Live Montero tour to Boston, and it sparked Christians protesting outside the venue.

The group of protestors was known as Christ’s Forgiveness Ministries and used a microphone to yell at people entering the tour. Hearing about the moment, Lil Nas X thought it was good promo and sent some pizzas to the protestors.

“just told my team to send them pizza, this is really good promo,” Nas X wrote.

Did the protestors want the pizza? Of course not, but they may be able to be with the rapper after he fell in love with one of them.

The post Lil Nas X Sends Pizza to Protestors of His Boston Tour Stop appeared first on The Source.