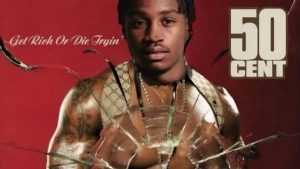 The freestyle is titled “FACESHOT,” and Tjay’s head is photoshopped onto 50’s Get Rich or Die Tryin album cover. It is the second release since being shot in New Jersey.

Lil Tjay made his comeback with the release of “Beat the Odds.” The song’s title has special meaning as the 21-year-old platinum rapper’s meteoric climb to stardom abruptly came to an end after he survived a near-death encounter.

After being shot seven times, including once in the lung and multiple times in the neck and chest, Lil Tjay underwent treatment for gunshot wounds. The new single is the product of being inspired while recovering in the hospital.

Tjay portrays tenacity in the riveting music video and uses moving real-life footage of him recuperating in the hospital while family members visited him as his condition improved to inspire viewers.

The Lil Tjay-directed video follows him as he leaves the hospital and makes his way to a lovely church, where he can be seen considering the obstacles he overcame and how grateful he is to be alive. Only eight weeks after the potentially fatal tragedy, Tjay is shown recording in the studio, demonstrating his genuine artistry by pouring back into his music. Watch this.

“I’m thankful for the love and support I’ve received from my fans, family and friends,” says Lil Tjay. “This has been a long road to recovery but I’m happy to have a second chance. Stay tuned…I’m back.”

The post Lil Tjay Takes on 50 Cent’s ‘Many Men’ for New Freestyle appeared first on The Source.