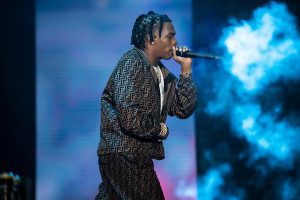 Lil Baby was scheduled to be in Vancouver, Canada, for the Breakout Festival, but he no-showed. Fans were upset that they did not see the star and began to riot, destroying monitors, tents, and other property.

According to TMZ, Lil Baby stated he didn’t make it to Vancouver because of exhaustion. However, TMZ also notes the rapper was partying at Zouk Nightclub, where Canelo Alvarez celebrated his boxing win over Gennady Golovkin less than 24 hours before he was supposed to hit the stage. Lil Baby could be seen parting and singing in the club. Hitting Instagram, Lil Baby offered an apology.

“I would like to start off by saying I truly apologize Vancouver Canada, the Breakout Festival and to everyone who was in attendance!” Baby wrote. “I have been going so hard these past few months without any breaks that it finally caught up with me and my body completely shut down. I owe you guys big time and will for sure make up for it soon.”