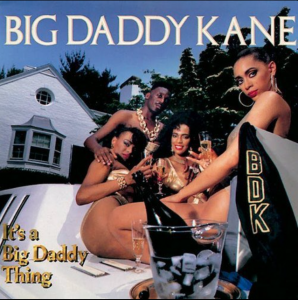 On this day in 1989, Big Daddy Kane released his sophomore album It’s a Big Daddy Thing on the Warner Bros./Cold Chillin label. Along with being a successful follow up to Kane’s classic debut, this album was the first to suggest Big Daddy Kane be Hip Hop’s sex symbol.

To date, It’s a Big Daddy Thing is Kane’s most successful project with over 500,000 copies in the United States. The album has been regarded by many major publications as a Golden Era classic. Album single “Warm It Up, Kane” even appeared on Playback FM in the 2004 cult classic video game Grand Theft Auto: San Andreas.