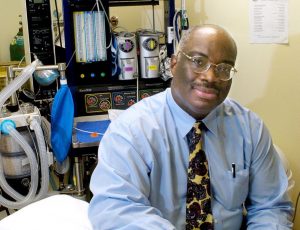 A popular Miami doctor has been banned from performing Brazilian butt lift surgeries after a patient died on the operating table the same day.

According to the Miami Herald, 33-year-old patient died after the Instagram-famous Dr. John Sampson performed BBL surgery on June 16, 2021.

According to an autopsy report obtained by the Herald, Sampson punctured the woman’s liver and intestines during the procedure.

The Florida Board of Medicine banned Sampson from performing the BBL procedure again. He was also fined $20,000 and $5,626 for the board’s investigation and prosecution costs.

Sampson was ordered to study five hours of continuing education in medical records keeping, a one-hour lecture on liposuction and gluteal fat grafting surgeries, and he can’t be the head physician at any private or public medical office or surgery center.