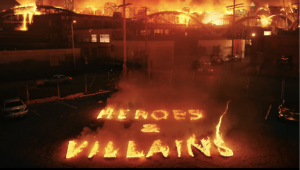 In honor of his 29th birthday, the Grammy-nominated, Diamond-certified Super His producer, artist, and game-changer has unveiled the trailer for his official album, accompanied by piano and otherworldly sounds.

Notably, it’s his first solo LP in four years, following his 2018 debut album Not All Heroes Wear Capes. The album hit No. 1 on the Billboard 200, was certified platinum, and doubled his platinum “Space Cadet” award.

You can see the trailer for the new album below.