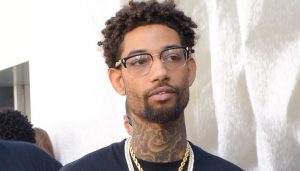 While PnB Rock‘s untimely death took a toll on the music industry and hip-hop community, his family is naturally grieving even more- and apparently, after many struggles, will soon get the late artist’s body from Los Angeles back to his hometown of Philadelphia.

PnB Rock’s family reportedly wanted the late artist’s body immediately because of religious reasons, but the Los Angeles medical examiner declined to release the body immediately since PnB Rock’s death is part of a larger homicide investigation. Islamic customs generally forbid autopsies, but the Los Angeles Country medical examiner’s official position was that an autopsy is required by law in certain situations, including a homicide investigation.

PnB Rock’s younger brother, PnB Meen, has spent the last week expressing his grief and sharing posts showing love for his late brother. However, it appeared that he and his family are struggling to get PnB’s body released to them. Early Saturday, he uploaded (and deleted shortly after) a picture of his late brother with a caption:

“We been Having trouble getting My brothers back to Philadelphia”…”the state of Los Angeles Claiming they Have some type of Law, goin against ours As Muslims. Now I have no clue when his Janazah”…” It’s not right yo it’s goin on a week”…”prayers Up I got you big Bro and ya Daughters.”

PnB Rock’s family reportedly showed up at the medical examiner’s office and LAPD was called to diffuse the situation.

However, later on Saturday, TMZ reported that the medical examiner’s office was ready to release the body to the family.

Janazah is part of the traditional Islamic funeral ritual. The Islamic faith has a series of preparations that they undertake within 72 hours of death to prepare the deceased’s body for burial. The Janazah is the funeral prayer that requests the deceased’s forgiveness.

The medical examiner released the autopsy findings Friday, saying PnB Rock died from a gunshot wound to his back/chest, classifying his death as a homicide.

The post PnB Rock’s body is Set to be released to family amidst ongoing tensions appeared first on The Source.