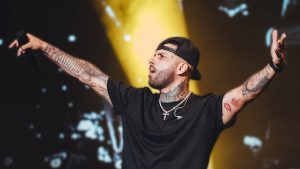 Nicky Jam will be honored with the ‘Billboard Hall of Fame’ award at the 2022 Billboard Latin Music Awards.

The award recognizes the Puerto Rican artist, actor, and entrepreneur for his work that transcends musical genres and languages.

The Boston native has a career spanning more than three decades in urban music. Born Nick Rivera Caminero, Jam is regarded as one of the pioneers of reggaetón and has become one of the most sought after promoters of the genre.

41-year-old Jam is also performing at the Miami awards show which is taking place on September 29.

The award show will be broadcast live on Telemundo starting at 7 p.m. Easter Time.