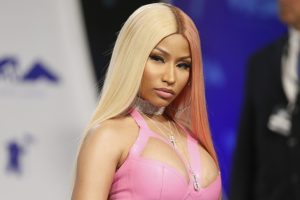 Nicki Minaj and her legal team aren’t not letting any slander slide from blogger accounts making preposterous accusations about her, and now she’s filed a lawsuit.

According to legal documents, Nicki Minaj, 39, filed a Manhattan federal court lawsuit on Tuesday, September 14, against internet commentator @NoseyHeauxLive alleging that she slandered her name.

Minaj says the blogger named Marley Green posted a video talking about her, calling her a “coke head” and making “vile” comments about her one-year-old son.

The Rap star’s attorney, Judd Burstein, calls the commentator “the ultimate ‘nobody’ without any accomplishments to her name” in court papers. However Burstein claims the lawsuit is merited stating: “But this is the age of social media, one in which a ‘nobody’ can find an undeserved following through relentless self-promotion.”

The alleged comment, appeared in a September 12 video posted to Twitter. Minaj is suing Green for defamation saying she’s never used cocaine and wants a jury to decide damages of no less than $75,000.