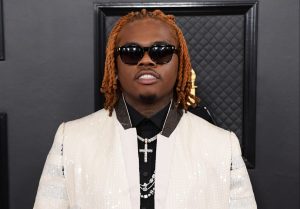 On September 17, 2022, in College Park, Georgia, Gunna and Goodr will throw a family-friendly event in honor of Gunna Day that will feature rides, games, food, and merchandise for Atlanta’s Southside.

Gunna recently scored a significant career milestone when his smash song “Drip Too Hard,” which he co-wrote with Lil Baby, gathered more than 10,000,000 streams and received RIAA Diamond Certification. With over 1.55 billion streams and 950,000 records sold in the US, his eagerly awaited album DS4EVER also peaked at #1 on the Billboard 200. Gunna’s second #1 Billboard 200 debut comes with DS4EVER. Following its release in 2020, WUNNA, his most recent album, became the number one album with 113,000 equivalent album units sold and was Young Stoner Life Records’ sixth straight #1.