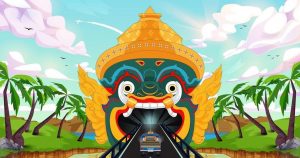 Bangkok’s CentralWorld Live played home to a news conference for Rolling Loud Thailand. Government representatives from Thailand attended the news conference, followed by performances from several well-known figures in the country’s music industry, including American rapper Memphis Bleek and Thaitanium, Young Ohm, 1mill, and many others.

“We’re proud and honored to have Thailand host our first festival in Asia. Rolling Loud has been looking to expand to Asia for a while, and we’re confident that Thailand is the perfect setting,” said Rolling Loud co-Founders/co-CEOs, Matt Zingler and Tariq Cherif. “Our local partners are pulling out all the stops to make Thailand one of our most exciting events on any continent. We can’t wait to bring the amazing energy of Rolling Loud to the people of Thailand, and as always, showcase the best of the local rap scene.”