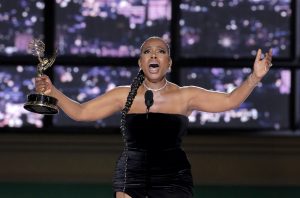 When you speak about Sheryl Lee Ralph, make sure you put Emmy Award-winning actress in front of her name. The iconic actress won her first Emmy Award Monday night for her role in Abbott Elementary.

In the hit ABC series, Ralph acts as Mrs. Howard, a veteran teacher at the fictional Philadelphia elementary school. That role has now secured Ralph a win for Best Supporting Actress in a Comedy Series.

You can watch her entire phenomenal acceptance speech below.