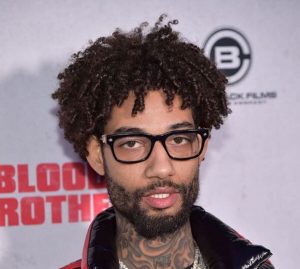 Philadelphia-bred rapper PnB Rock has died after being shot while visiting Roscoe’s Chicken & Waffles in Los Angeles with his girlfriend, Steph Sibounheuang.

According to TMZ, Rock was pronounced dead at a local hospital, where he was transported minutes after being shot Monday afternoon. The restaurant was located at the intersection of Main and Manchester.

A source inside the restaurant states PnB Rock was the target of a robbery. Los Angeles police captain Kelly Muniz spoke to The Los Angeles Times and stated Rock, born Rakim Allen, was shown a weapon by the suspect, who eventually took a shot.

“He shot the victim and ran out the side door to a getaway car and then fled the parking lot,” Muniz said.

A suspect has not been arrested, but surveillance video at the location is believed to be able to assist law enforcement.

PnB Rock fathered two children with Steph, Milan and Xuri. PnB Rock recently released “Luv Me Again” on Sept. 2. In his career, he collaborated with Meek Mill, Chance the Rapper, YFN Lucci, Ed Sheeran, and more. He was 30 years old.

The post PnB Rock Shot and Killed in Robbery Attempt at Roscoe’s Chicken and Waffles appeared first on The Source.