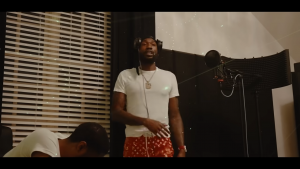 Meek Mill is letting the music fly. Over the weekend, Meek dropped off his new single, “Early Mornings.” The release comes with a new video that centers on Meek getting a lineup before taking trips around Dyckman, Philly, and more.

The new single is Meek at his best, floating over a soul sample and giving an insight into his current life. In the video, homeless residents of Kensington, Philadelphia plea for assistance after society and what is inferred to be city officials have cast them aside.

You can see the full video below.

Are you getting married this October? If so, you may be able to book a Meek Mill “Dreams and Nightmares” performance for the low. By low, we mean free.

Hitting Twitter, the Dreamchaser let fans know that he would perform the single for free to celebrate the 10-year anniversary of the song.

“If you get married in October … ima commit to performing dreams & nightmares at a wedding for free for the 10 year Anniversary,” Meek said.

He would double back to reveal the album isn’t a marketing plan at all.

You can see some of the efforts to try to grab Meek for nuptials below.