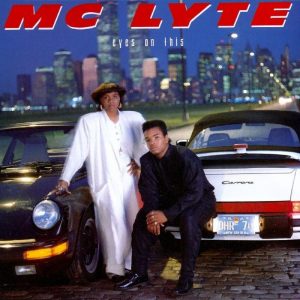 On this date in 1989, Brooklyn rapper Lana Moorer aka MC Lyte dropped her second full-length studio LP Eyes On This.

Released on her family’s First Priority imprint through the parent company Atlantic and produced by her brothers Audio Two, King of Chill, and Nat Robinson, Eyes On This was Lyte’s introduction into stardom, with the NYC skyline(including WTC) and two ’89 Porsche Carreras on the album’s cover as proof.

Some of the album’s standout tracks include “Cappucino,” “Cha Cha Cha,” and “Shut The Eff Up(Hoe)!,” which was the second installment in her battle with female rap phenom Antoinette.

The 13 track album made it to #86 on the Billboard 200 and is still recognized as a classic by real Hip Hop aficionados around the globe. Salute to Lyte, Milk, Giz, and the King of Chill for giving the people this dope album!

The post Today In Hip Hop History: MC Lyte Dropped Her Sophomore ‘Eyes On This’ LP 33 Years Ago appeared first on The Source.