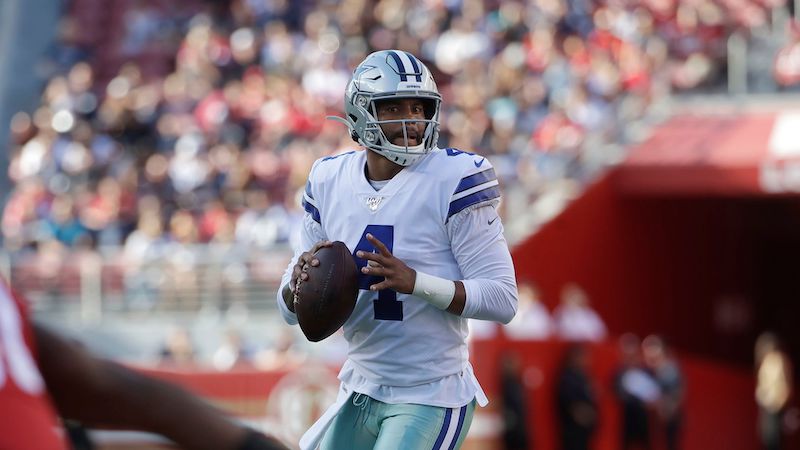 If the 19-3 opening night loss to the Tampa Bay Buccaneers wasn’t enough, the Dallas Cowboys have lost their starting quarterback. Dak Prescott will miss 6-8 weeks after injuring his right thumb during the Sunday night tilt.

While passing, Prescott hit his hand on Shaq Barrett’s body twice. He currently has a pin and plate inserted to stabilize the injury.

“I was told it was much cleaner than it could have been,” Prescott said.

According to ESPN, the Cowboys will start Cooper Rush next week against the Cincinnati Bengals.

“It’s very disappointing, but injuries happen, can’t necessarily control it, just unfortunate,” Prescott said. “Obviously going to miss some time, not be there for my team and that’s what hurts more than anything, especially after the start we just put out there. Wanted to be able to respond, and not necessarily having that opportunity for several weeks, yeah it’s unfortunate. But I’ll do what I’ve always done anytime adversity comes, take it on head-first and give my best and I’m sure I’ll come out of this thing better.”